Frequency and Spectrum of Chromosomal Aberrations, Acrocentric Chromosome Associations Among Long Livers with Arterial Hypertension and Osteoarthritis Residing in the Carpathian Region

To maintain thyroid homeostasis, a key role is played not only by the adequate provision of a body with iodine, but also with other essential micronutrients, iron in particular. Iron is involved in the conversion of the amino acid L-phenylalanine into L-tyrosine, which is the part of active center of thyroid peroxidase which catalyzes the reactions of oxidation and organification of iodine during the biosynthesis of thyroid hormones. At the same time, insufficient secretion of thyroid hormones leads to mucinous edema of the gastric mucosa and closure of its ductless glands and reduction in both gastric juice secretion and iron absorption.

The objective of the research was to determine the influence of latent iron deficiency onto the thyroid status of schoolchildren.

Materials and methods. The study involved 68 boys and 65 girls at the age 6-11 years (Group I) and 12-18 years (Group II). To assess iron metabolism, the levels of hemoglobin in capillary blood, serum iron and ferritin, serum iron binding capacity were determined. To clarify the thyroid status in blood serum samples, there were determined the content of free triiodothyronine and thyroxine, thyroid-stimulating hormone of adenohypophysis, urinary iodine concentration; the dimension of the thyroid gland was determined and evaluated considering gender as well as body surface area according to the standards of thyroid volume (97 percentile).

Conclusions. Iron deficiency can cause changes in thyroid homeostasis even at the stage of preclinical disorders. Latent iron deficiency potentiates the development of subclinical hypothyroidism in case of mild iodine deficiency. 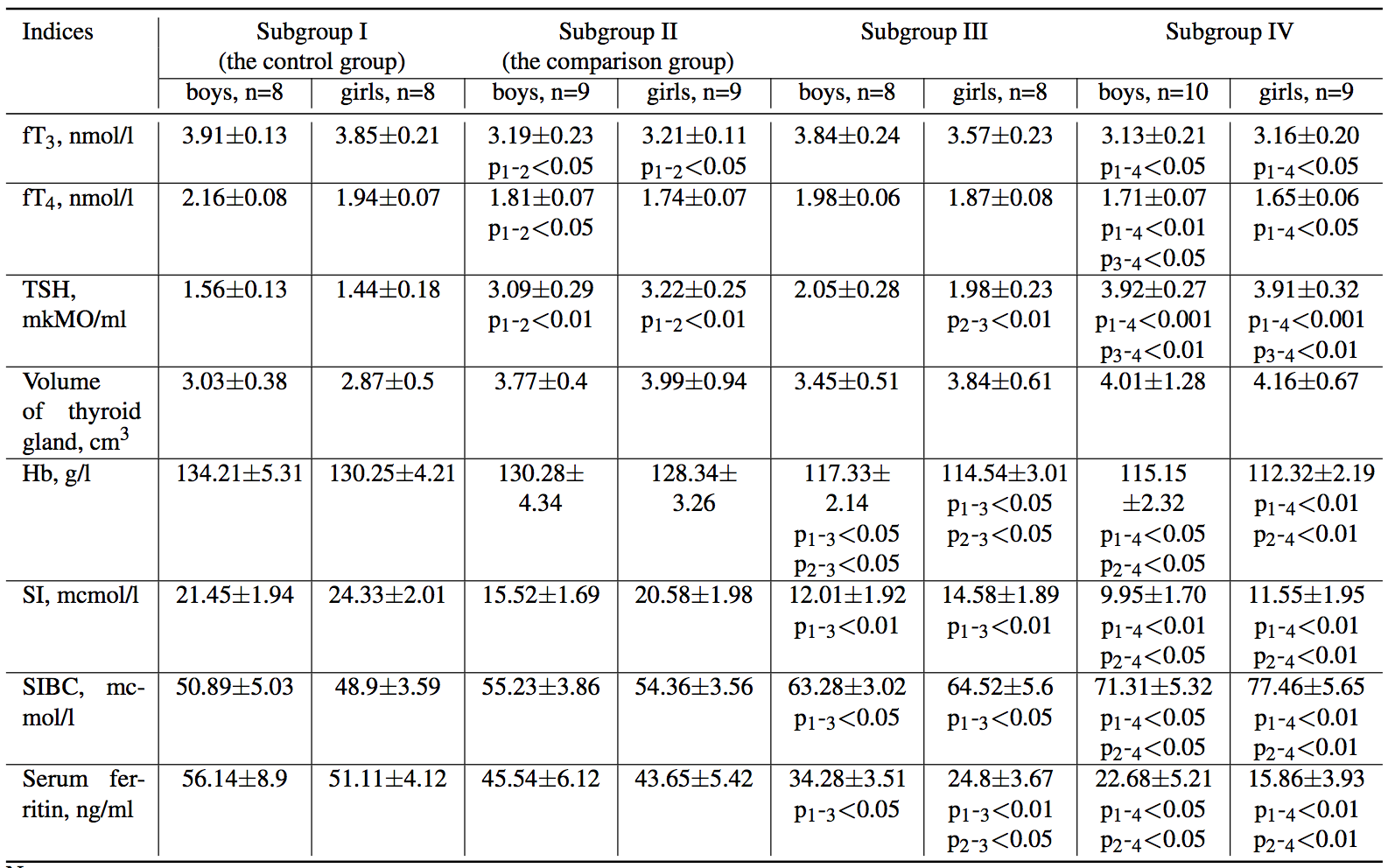