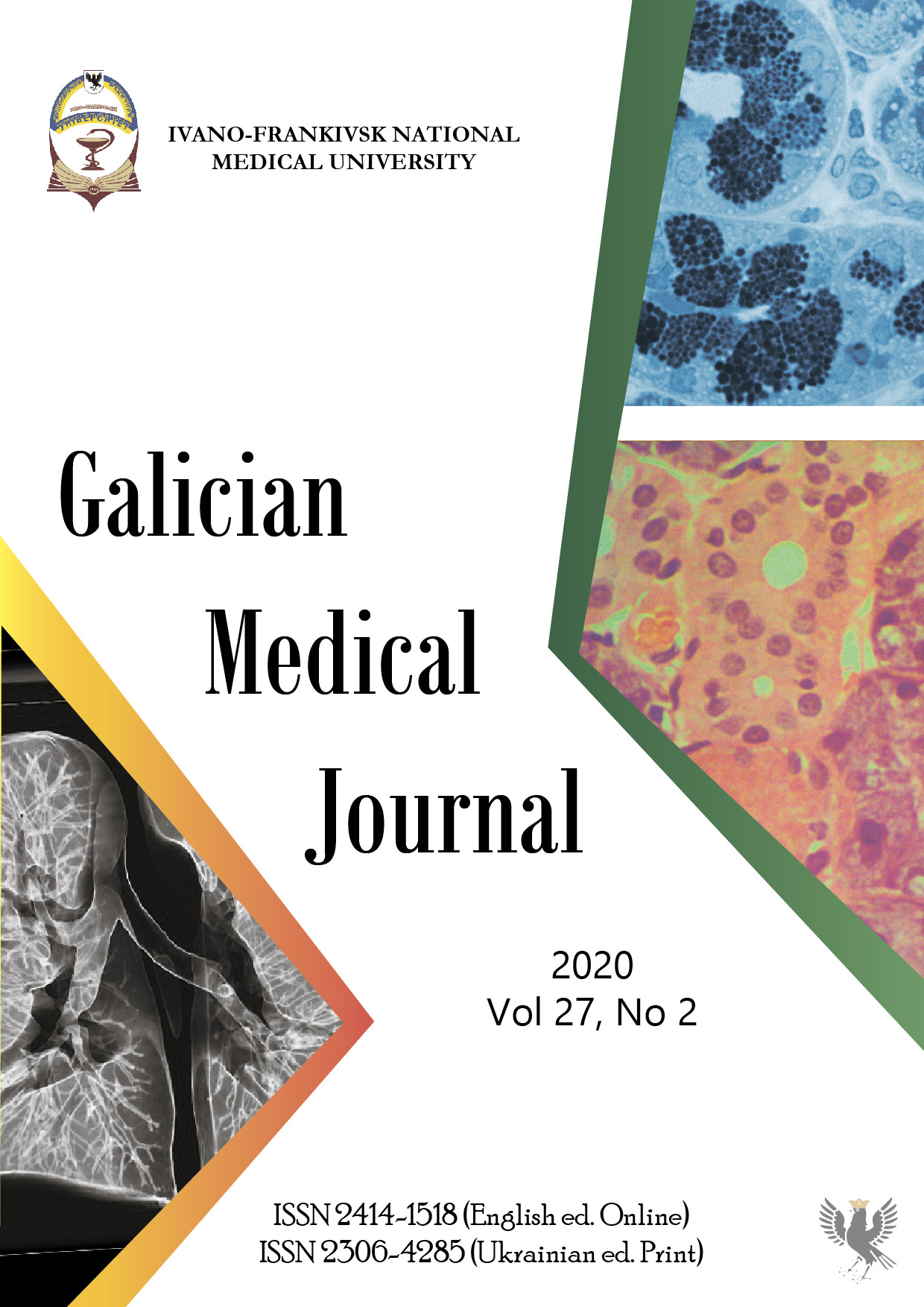 Disorders of menstrual function are often the result of thyroid dysfunction and disorders of the neuroendocrine regulation, initiated by iodine deficiency, and are the most destructive in puberty period.

The objective of the study was to clarify the peculiarities of establishment of menstrual function and the degree of interaction between the hypothalamic-pituitary-ovarian system and thyroid gland against the background of iodine deficiency in adolescence.

Materials and methods of research. Analytical analysis of medical records and sociomedical audit were carried out by interviewing 490 girls of puberty age, the purpose of which was to estimate the prevalence of thyroid dysfunction and possible factors of development of menstrual disorders.

Results of the study and their discussion. The proportion of thyroid dysfunction in adolescent girls is quite significant; hypofunction was diagnosed 3.4 times more frequent than its increased activity. Less than half of the studied had regular menstrual cycle, while girls with thyroid dysfunction suffered much more often from menstrual dysfunction in the form of hypomenstrual syndrome (1.5-fold, p<0.05), algodismenorrhea (1.6-fold, p<0.05) and amenorrhea (1.4-fold, p<0.05), premenstrual syndrome and anovulatory conditions associated with polycystic ovary syndrome. Such somatic diseases as neuro-vegetative dysfunction, diseases of the gastrointestinal tract, chronic tonsillitis, frequent lacunar angina and acute respiratory viral diseases are common. Clinical manifestations included symptoms of thyroid hypofunction, androgen-associated dermopathy, hirsutism syndrome, and concomitant endocrine-associated pathology of the mammary glands (mastalgia, mastopathy, and galactorrhea).

Conclusions. The burden of perinatal history, the presence of thyroid pathology and other manifestations of metabolic and endocrine disorders in first-degree relatives are unfavourable prognostic factors of disorders of the menstrual cycle against the background of thyroid dysfunction. The findings obtained allow us to determine the leading risk factors for problematic menstruation establishment and menstrual disorders, especially when combined with thyroid dysfunction. Hypomenstrual syndrome and algodysmenorrhea, as well as manifestations of premenstrual syndrome and anovulatory cycles, belong to major disorders of the menstrual cycle in case of thyroid gland dysfunction.

Department of Obstetrics and Gynecology named after I.D. Lanovyy