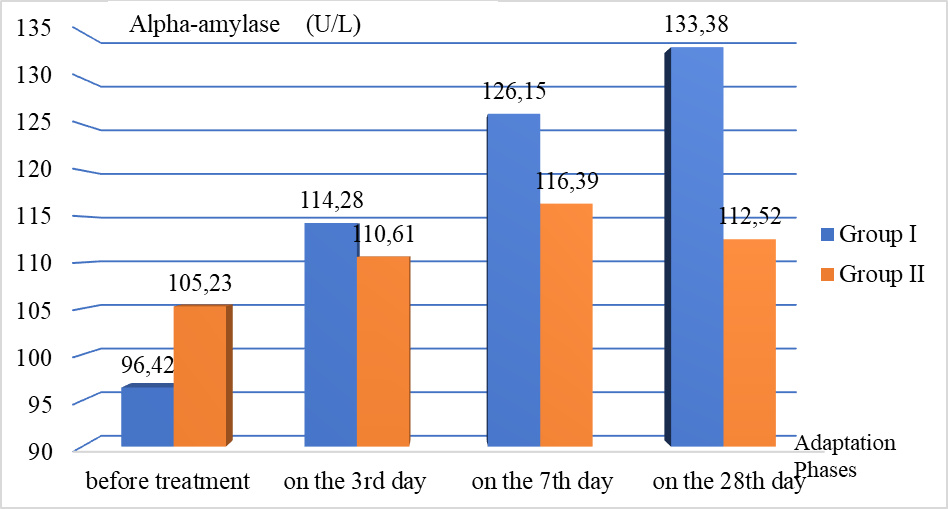 Diabetes mellitus is referred to as non-communicable epidemic of the 21st century and the fight against diabetes is one of medical and social challenges. One of its complications is damage to periodontal tissues that is accompanied by tooth loss. Any removable denture is a foreign body being a stress factor for the oral cavity.

The objective of the research was to study dynamic changes in the activity of stress factor indicators, namely salivary cortisol, glucose and alpha-amylase levels in diabetic patients after prosthodontic treatment with complete removable laminar dentures.

Conclusions. In patients with diabetes mellitus, changes in saliva composition indicate a significant reduction in the adaptation mechanisms, that complicates and significantly prolongs the period of adaptation to complete removable laminar dentures.